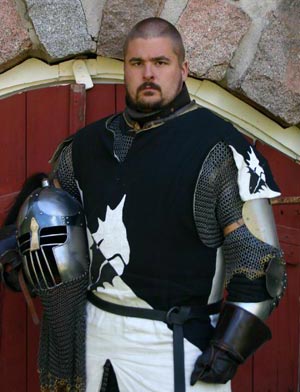 Hello. My name is Lord Egil Drakhufvud, squire to Sir Brendan.
I have been active in the SCA since 2001 and became a squire 2007.
Back in 2005 i built the first version of this site, vitaporten.se
Im active in the most northern part of Drachenwald, in Frostheim. I do all sorts of stuff in the SCA, Fighting off course, but also shooting bow and fooling around with blacksmithing and woodcraft.

I really hope you like this new page and that you will find something that will help you progress to be a better fighter. 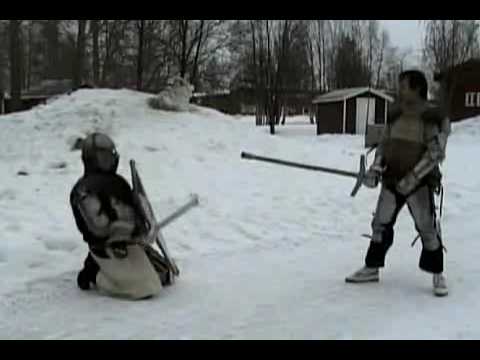 This film shows how you can attack and kill a kneeling sword and shield opponent.

Be careful with the face thrust in the face. 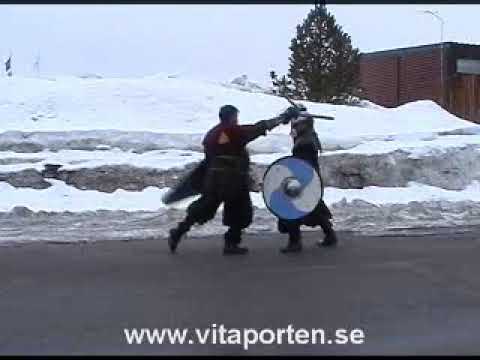 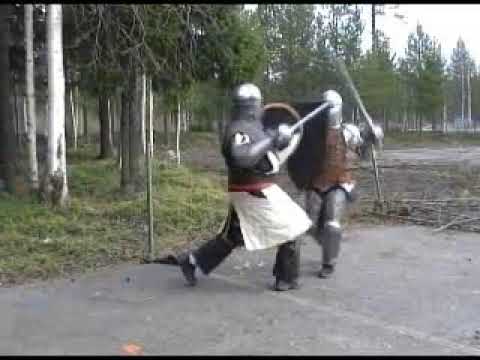 This teqnique is a thrust trown when you are moving away from your opponent closing up the battle. 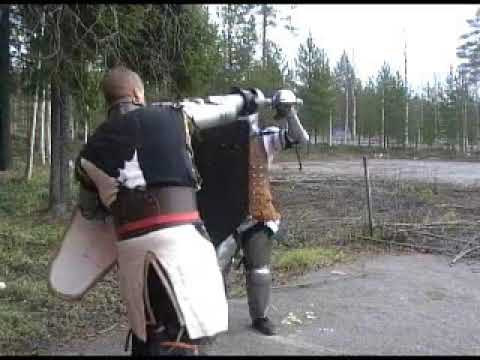 This film shows how to get inside your opponents guard in a clever way. The idea is to follow the opponents sword, ider on topside or bottom side. Its really hard for your opponent to know if he should do a high or low block against such a blow. This can be done on a pell too, if you put up a plank or rope to simulate the sword line. 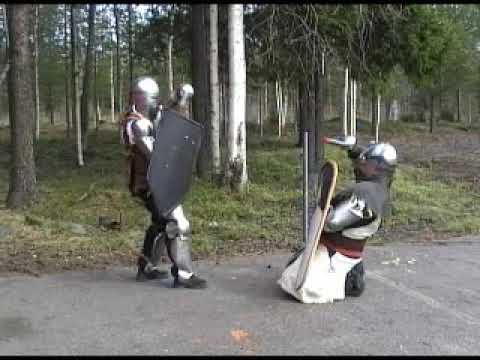 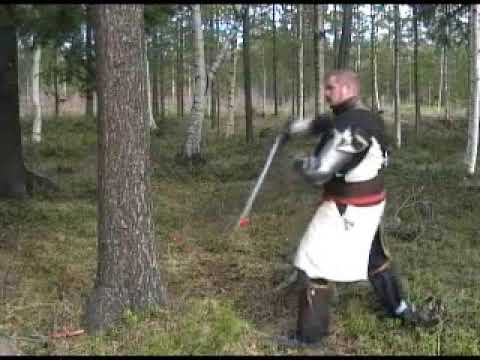 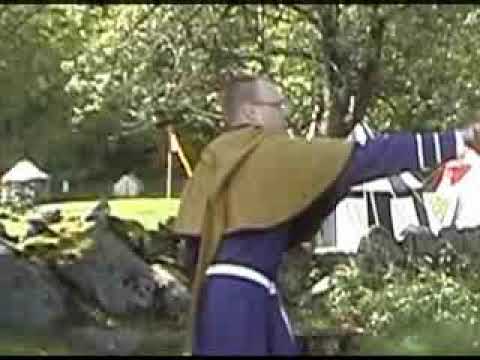 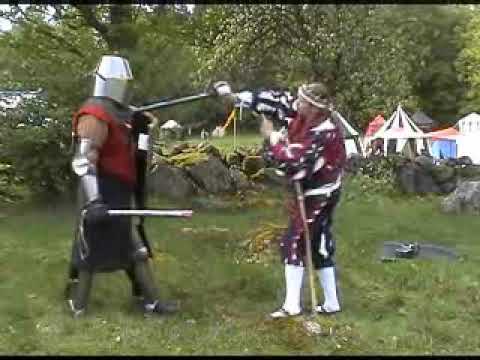 Detailed film over how to make a hard body thrust. Bodythrusts are seldom taken by fighters if they are weak enough, so if you are going for one, you better lurn how to do them hard enough. 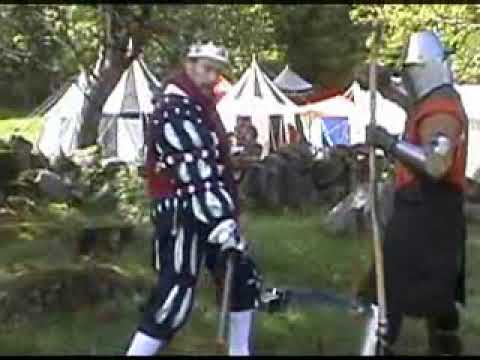 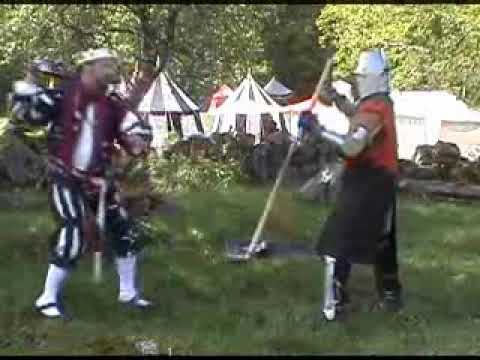 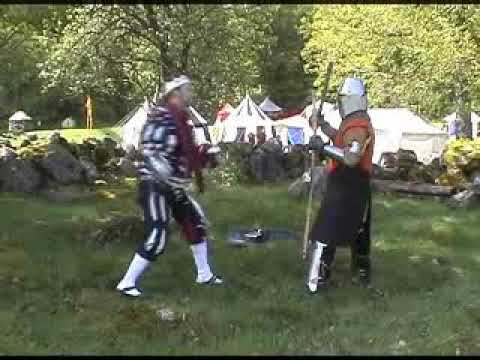 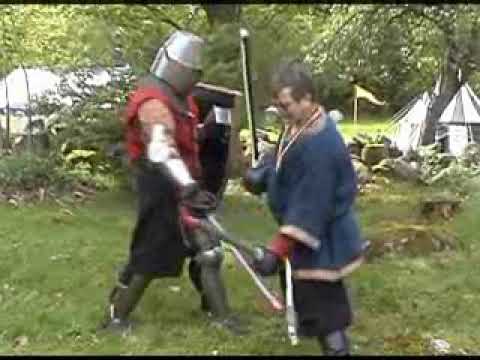 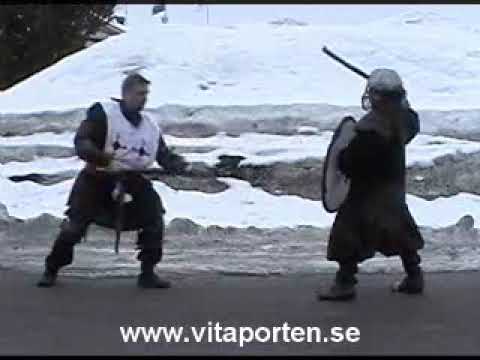 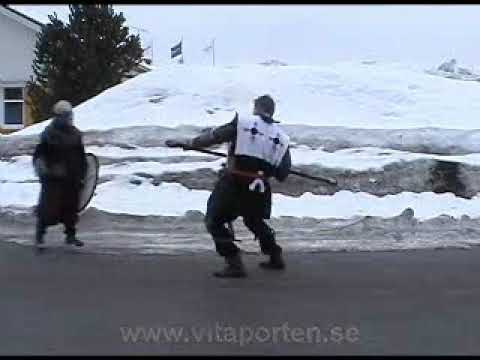 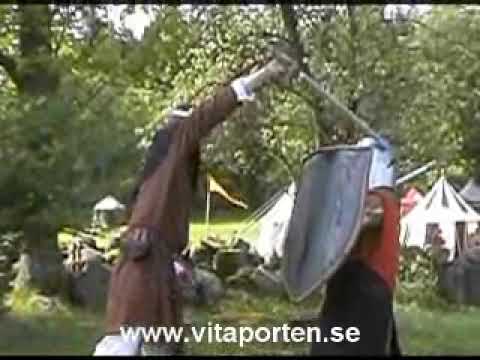 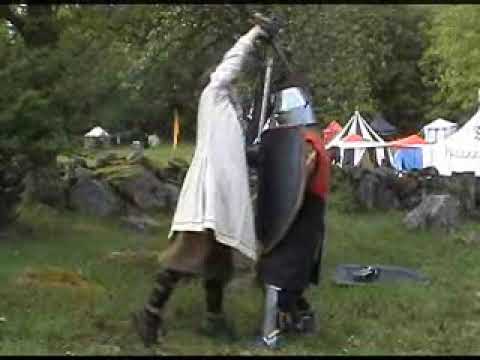 A version of the scorpion that can be used if you are shorter than your opponent. 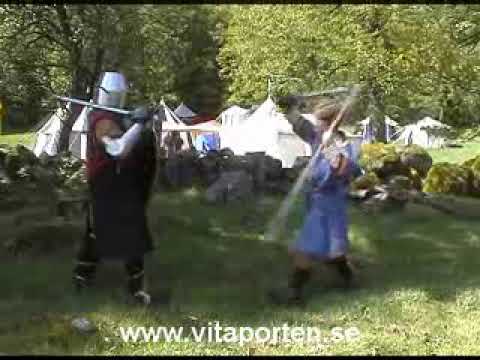 This film shows a basic thrust from a wide angle. 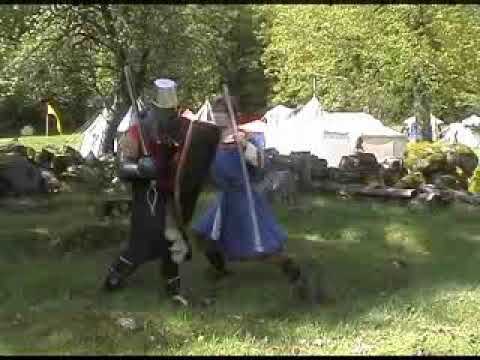 This is a quick followup if your enemy blocks your initial thrust. Notice how the spear works as a shield while you are in possition to make your wrap. 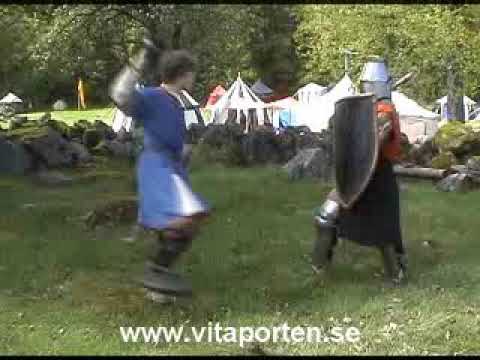 This teqnique shows how you can fake a regularblow, or miss it, and still end up with a winning thrust. 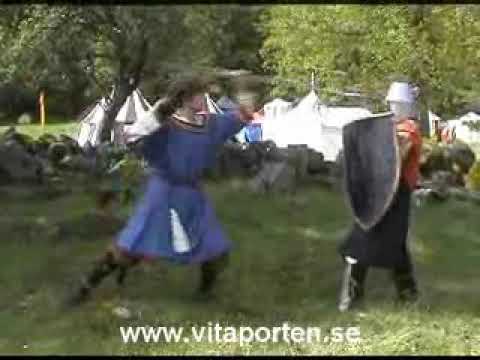 This is a faint based upon the fact that when a shieldguy higher his shield, he looses his vision of you, this can be done with other types of weapons too! 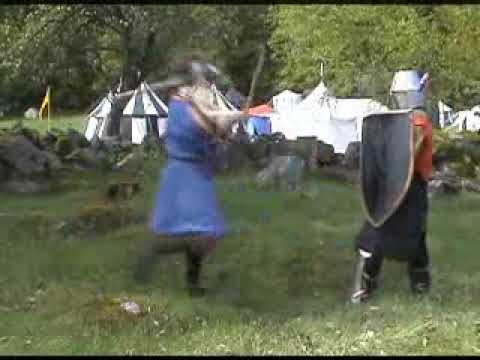 This teqnique shows what you can do when you have dimed the vision of your enemy.